Asthma and its impact

Asthma affect approximately 1-18% of the population worldwide. It is triggered by allergens that enter the lung and cause swelling of the airways. It makes breathing difficult, triggers coughing and wheezing, leaving those affected out of breath. In the most extreme cases asthma can even lead to death.

Traditionally asthma patients are treated with corticosteroids to reduce the inflammation. However, this does not reverse the remodelling that happens in the airways and the lungs. Because of this, corticosteroid treatment can lead to poor control or even exacerbation of symptoms in some patients.

This was the problem addressed by the study highlighted here. The researchers hypothesized that multiple doses of stem cells would reduce lung inflammation and remodelling, as well have an overall immunosuppressive effect by turning off the immune system.

To test their hypothesis they made use of an allergy model in mice. One group was challenged with house dust mite (HDM) extracts, while the control group was not. Once the model was established the next step involved the treatment. These researchers chose to use mesenchymal stem cells (MSCs).

MSCs have unlimited regenerative potential. They are also act as a medical surveillance team in the body fighting inflammation, allowing cells to regenerate. This would make them useful for turning off the chronic inflammation seen in lung disease. The study explored the effects of three different types of treatments: 1) two doses of MSCs, 2) three doses of MSCs and 3) dexamethasone, a steroid used to treat experimental asthma, which were compared to the 4) control group injected with saline. 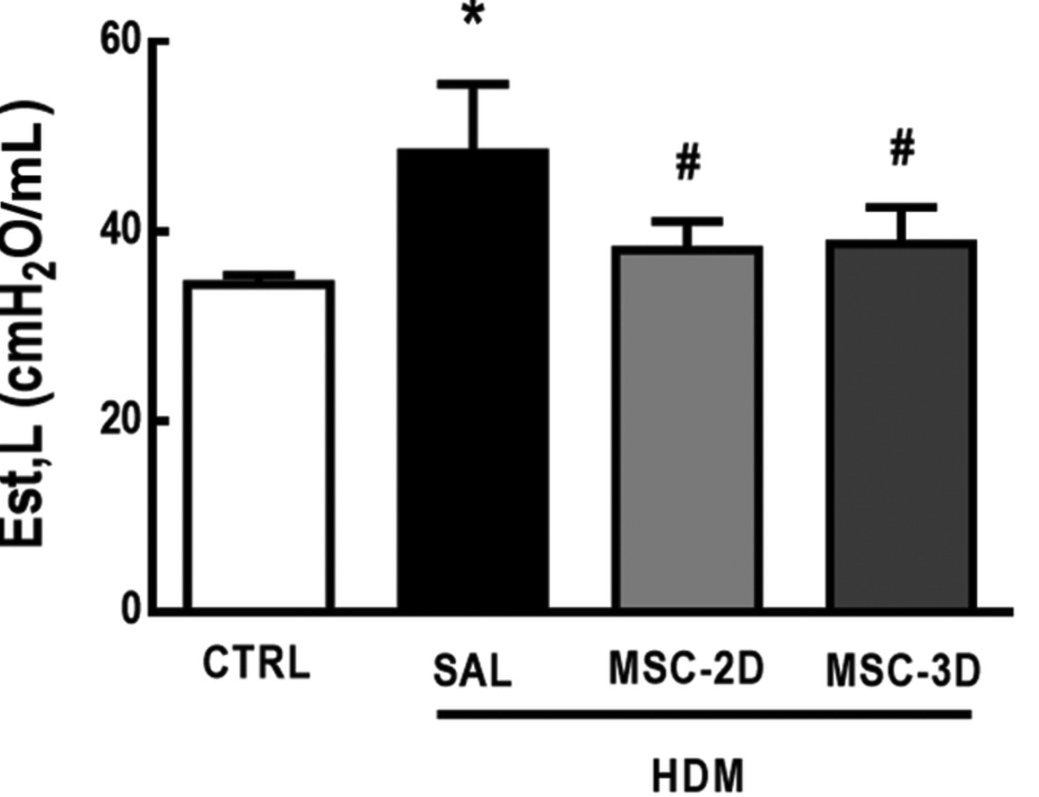 Seven days after treatment, mice that were treated with stem cells showed a reduction in lung inflammation and remodelling. The effect was even more pronounced in mice that received three doses of stem cells. They also noted improved lung function, a reduction in immune activation as well as an increase in the production of immunosuppressive factors.

Based on these results the researchers concluded that three doses of stem cells to be the most effective treatment option. They essentially proved their hypothesis, suggesting that unlike with single dose stem cell therapy using multiple doses may actually be effective for treating asthma.

Even though scientists still don’t know exactly how MSCs modulate the immune system, this study highlights their potential as a future therapeutic for asthma, which should be further explored.